MCLEAN, Va.—The Air Line Pilots Association, Int’l (ALPA) today released newly updated data from the Federal Aviation Administration (FAA) that shows 9,087 newly certificated commercial airline pilots have been produced in the last 12 months—nearly 2,500 more than in all of 2019. According to the most recent figures, the United States is on track to produce more than 10,000 new pilots by the end of the year. ALPA president Capt. Joe DePete announced the new pilot-production numbers at the Association’s annual Air Safety Forum.

“Since the passage of the Airline Safety and Federal Aviation Administration Extension Act of 2010 and the regulations that resulted, we have reduced airline passenger fatalities by 99.8 percent. Yet, despite these lifesaving results underpinned by data, some in the airline industry are attempting to distort the facts and manipulate the indisputable data about pilot supply. ALPA will oppose with its full weight these and any other efforts to evade, undermine, weaken, or repeal first officer qualification, experience, and training requirements,” said DePete. 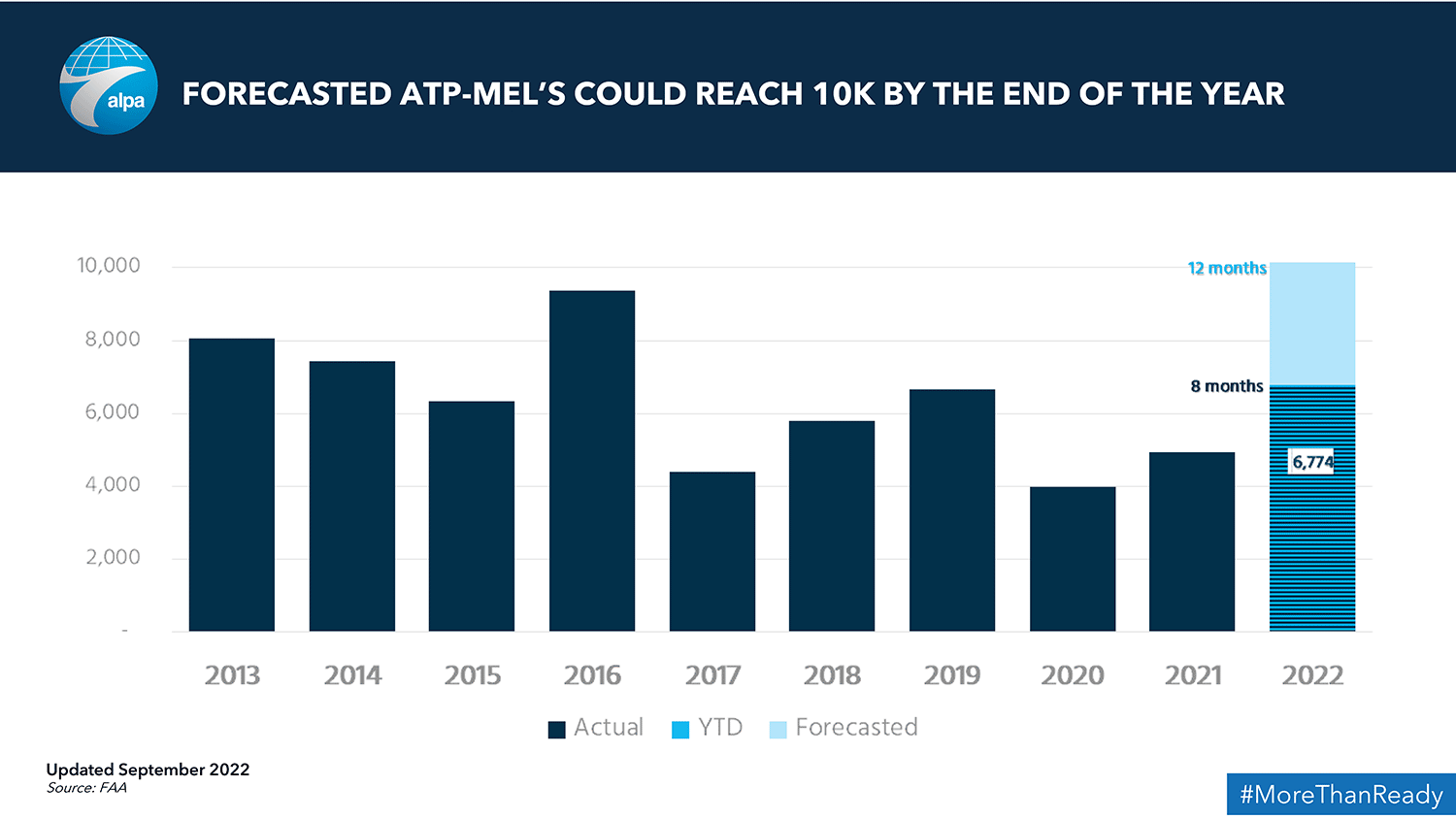 As several aviation-themed conferences took place this week in Washington, D.C., ALPA also launched new ads as part of its campaign to inform the flying public, industry stakeholders, and Congress about the airlines’ attempts to undermine pilot training and safety rules.

“Our union stands ready to work with any industry stakeholder on constructive ways to ensure we have a robust and diverse pilot pipeline. However, we will give no ground when it comes to the hard-fought gains that we have made in safety. Turning back the clock will not advance our lifesaving work. Shortcuts and workarounds simply won’t fly when it comes to protecting the traveling public and frontline workers whose labor drives the air transportation system,” added DePete. 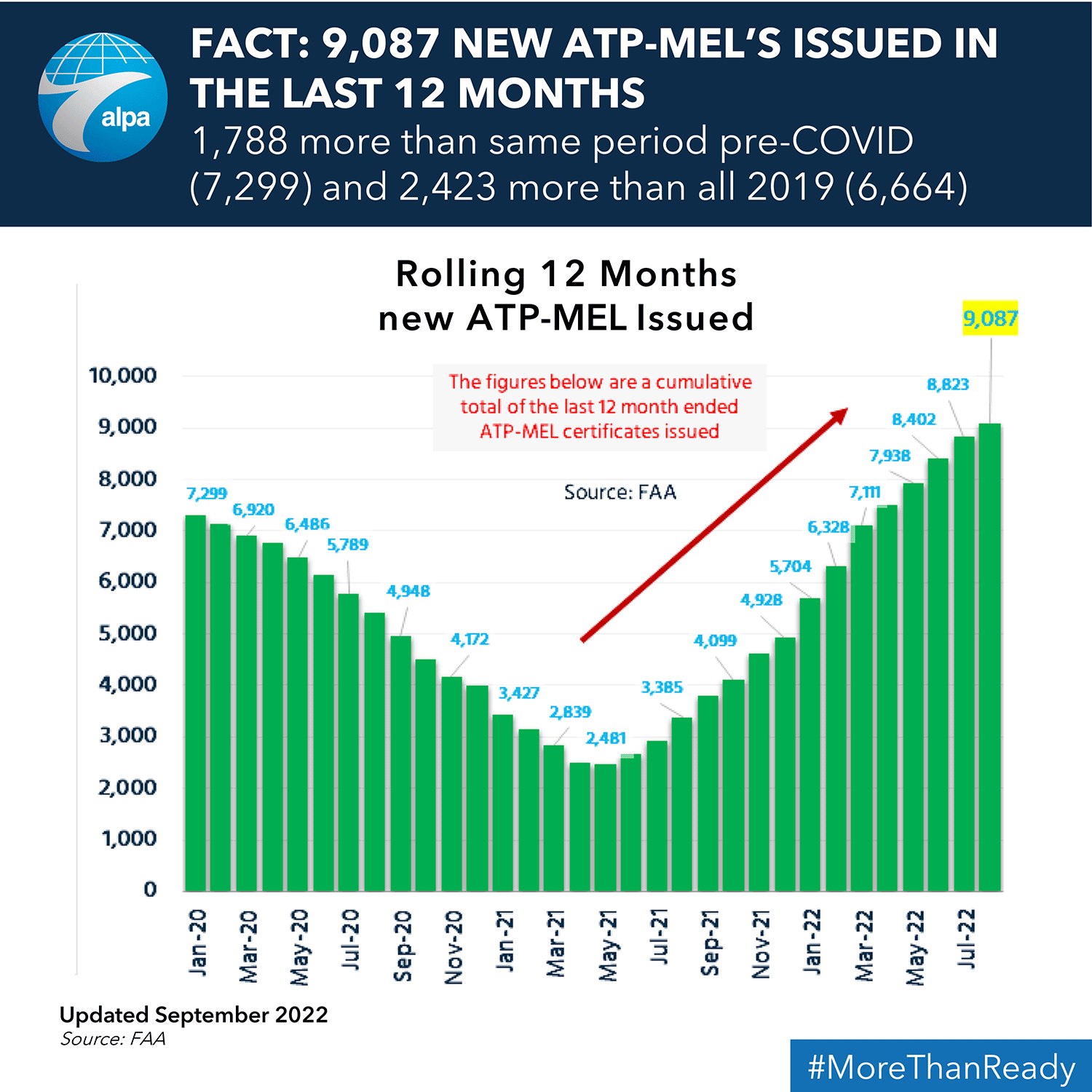 Reprinted with permission.  Original source of this article.

Founded in 1931, ALPA is the largest airline pilot union in the world and represents more than 65,000 pilots at 40 U.S. and Canadian airlines. Visit ALPA.org or follow us on Twitter @ALPAPilots.